If you are one of the many hundreds of thousands of people who have turned to e-cigarettes as a means to help you quit smoking cigarettes, and as I did ten years ago, very early on you may find yourself a little confused by some of the terms used to describe the range of electronic vaping products available. Interestingly, according to the UK NHS, approximately one third of people who turn to e-cigarettes to help them quit smoking succeed, and I include myself in that one third!

What is an e-cigarette?

The e-cigarette (an abbreviated form of electronic cigarette) first appeared in 1963 when an American inventor, Herbert A Gilbert first applied for a patent for “a smokeless non-tobacco cigarette”, though it never actually made it to market. It wasn’t for another forty years that the next version of an e-cigarette as we would recognise today appeared. This was invented by a Chinese pharmacist, Hon Lik, who devised an electronic form of cigarette in 2003 to help him quit smoking. Now this is where you will begin to understand why the term ‘e-cigarette’ became more a generic term for all electronic vaping devices, rather than one specific form as when this device was commercially produced, it also became known as a cartomizer, atomizer or vaporizer as the heated coil in the e-cigarette would turn the liquid containing nicotine (also now known as ‘vape juice’) into a vapour which could be inhaled.

It was this ‘vaporization’ of the e-liquid that subsequently led to the term ‘to vape’. 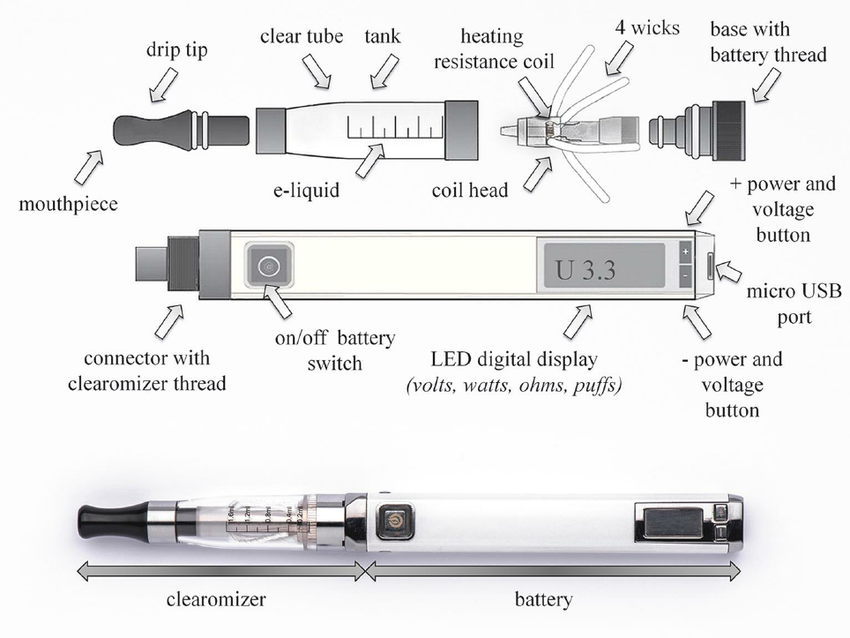 The generic use of the term ‘e-cigarette’

The earlier forms of e-cigarettes tended to be based on one of two formats – a long, thin pen-style electronic cigarette which aimed to resemble the tactile feel of a cigarette and therefore appeal more to those who looked to e-cigarettes to help them quit smoking. These first-generation e-cigarettes were also given the name ‘cigalike’, for obvious reasons, and these were the first e-cigarettes I personally used. The other format was more cigar-shaped in terms of size and shape, such as the Aspire Vilter Pro, and this style became popular because it was one of the first ‘refillable’ e-cigarettes. While the unit cost may have been higher than disposable e-cigarettes, in the long run this would become a cheaper form of ‘vaping’. In addition, these ‘vaping pens’ led to the development of multiple flavours that could be mixed with the vape juice containing nicotine to create a more pleasurable vape, particularly with the introduction of sucralose to sweeten the vapour in 2010.

So, after a while, all pen- or cigar-shaped vape pens also became known, collectively, as e-cigarettes or vape pens. 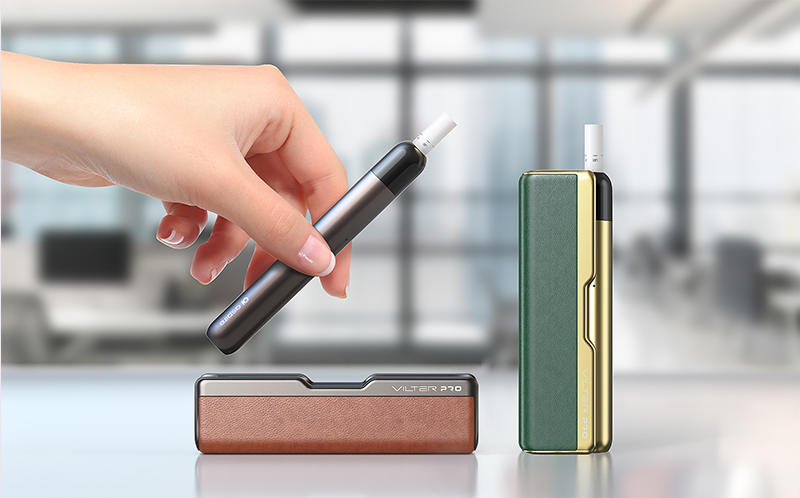 As the styles and types of e-cigarettes have increased in number – you only need to see the range of approaching 30 different types created by one of the world’s most popular brands, Aspire, to get a better understand of what I am referring to – so the term e-cigarette has, in fact, taken on two distinct meanings. First, the whole ‘industry’ is often referred to as the e-cigarette industry, whether it is cigalikes, vape pens, or mods. However, there is also a sector of the industry where e-cigarette is used to describe a specific form of vaping product, and these are generally the types of disposable, low-cost, low-quality vaping products that are on sale in traditional establishments where you can also buy cigarettes. They are frequently sold alongside cigarettes as these e-cigarettes are often a smoker’s inexpensive introduction to an alternative to smoking cigarettes. Once a smoker realises that e-cigarettes could well help them to quit smoking, their next stop is usually to go to a specialist e-cigarette shop or start looking at products online.

A vape kit is another steppingstone on the journey between cigalikes and mods. It would be the usual choice if you were looking to upgrade from a vape pen but didn’t feel the need to immerse yourself in the billowing vapour that you can achieve with a mod. The vape kit is so called because it usually comes with several accessories, such as spare coils, spare tanks, and a charger, while some even come with vape juice as well. The Aspire Rhea X is the perfect example of a vape kit. To all intents and purposes, a vape pod is simply the baby brother of a vape mod, something that is more likely to be taken with you for day-to-day use as it is more discrete and easier to carry round. One of the most popular vape pods produced by Aspire is the Riil X 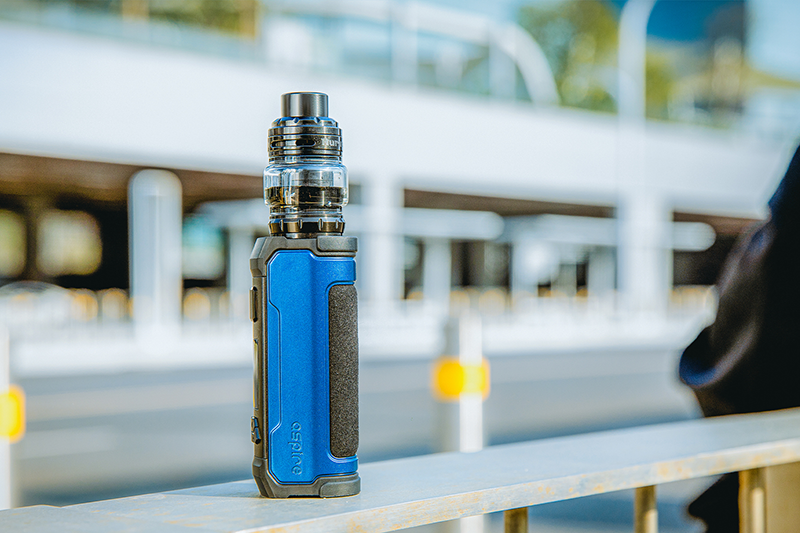 Can a ‘mod’ also be called an e-cigarette?

The short and simple answer to this question is a resounding ‘no’. While mods may be considered part of the e-cigarette industry, the look and size of them alone makes it difficult to associate them with cigarettes. In fact, something I didn’t know until a short while ago, is that mods weren’t developed by e-cigarette manufacturers but were developed originally by e-cigarette vapers who wanted to have more control over their vaping experience. Basically, vaping had broken the shackles of being solely a substitute for smoking cigarettes and had become a pleasurable experience and leisure habit in its own right.

Now, while e-cigarettes could provide a sufficient hit of nicotine and ample vapour to mimic the volume of smoke produced by a cigarette, serious vapers wanted more. This is when they began to modify flashlight tubes and use far more powerful batteries, such as the 18650 rechargeable battery that is the industry norm today. And, as you have probably guessed, the modification of these flashlight tubes is the process by which the ‘mod’ got its name. Once manufacturers of e-cigarettes got wind of these new ‘mods’, they began to manufacture them as well, including Aspire. Today the company has a brilliant range of mods, such as the GoTek and Riil Series, as well as the Nautilus, PockeX and Cloudflask series. 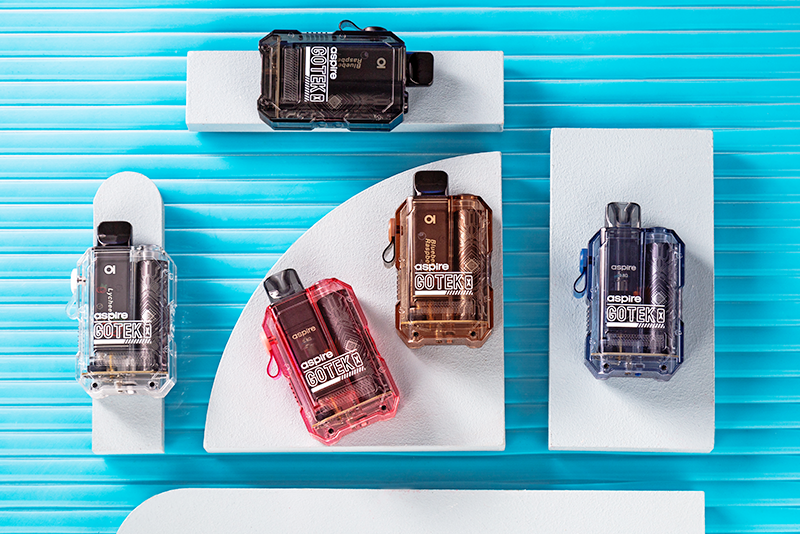 My own journey with e-cigarettes

Ten years ago, I considered myself to be a heavy smoker and after a health scare it was obvious I had no choice but to give up smoking. I struggled for a month using nicotine patches and chewing gum, but while they may have helped to reduce the symptoms of nicotine withdrawal, it was the habit of smoking that I struggled with the most.

I am a writer by profession, and I would stop and have a cigarette whenever I needed inspiration, which, sometimes, was all too frequent an occurrence! When I stopped smoking, I struggled with a lack of motivation and concentration, and inspiration was very thin on the ground. It was then I decided to try a simple e-cigarette, and so began my interesting journey and numerous experiments with various types of e-cigarette, a term I use for cigalikes and vape pens.

While disposable cigalike e-cigarettes were a great introduction, pretty soon I noticed that I was spending nearly the same amount on them as I was cigarettes. Consequently, I turned to a vape pen which was refillable, and that cut my costs considerably, while also providing me with a far better vaping experience as the power, and therefore volume of vapour, was regulable. My only disappointment with them was the fact that the tanks continually leaked, and I found that beyond annoying.

Over time and to make my vaping even more economical, I began to mix my own e-liquids, which reduced their cost by approximately 75% and it also allowed me to slowly wean myself off nicotine. While the original strength of e-liquids I used was around 18mg of nicotine per 100ml, I have now reduced that level down to 2mg.

And the final part of my journey began a few years ago when I discovered Aspire and, more recently, the Aspire Vilter Pro, which is, for me, the perfect e-cigarette. For a start, its unique refillable tank means it doesn’t leak, something I have written about in this article here. 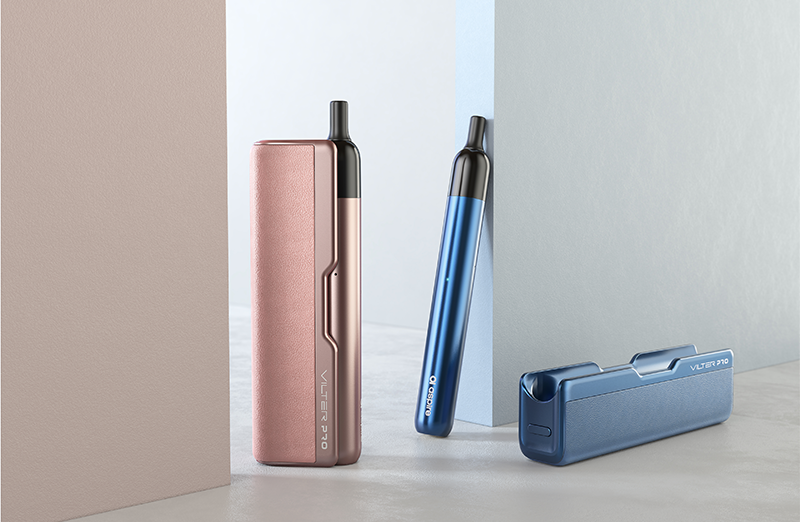 Beyond that, the other main reason I am hooked on the Aspire (there is a pun there that will become very obvious) is because I go fishing, often for two or three days at a time, and when I go fishing, I go off grid, camping, and just enjoying nature, which means there’s no electricity around. The recharging pack for the Vilter Pro has never let me down on any of my three-day trips and is always the first thing I pack!